The show centre at Wendover Road, Rackheath Industrial Estate was the first of several major show centre developments. Two industrial buildings were also built at the site and a detached office building at the heart of the show centre, with 9 display conservatories attached to it. The entire site was developed using "in house" bricklayers and carpenters who were normally employed to build conservatories. Only the steel work was sub contracted to outside companies. The 2 pictures below show the main warehouse under construction: 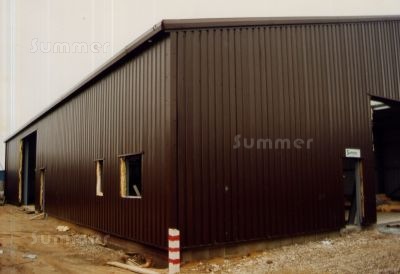 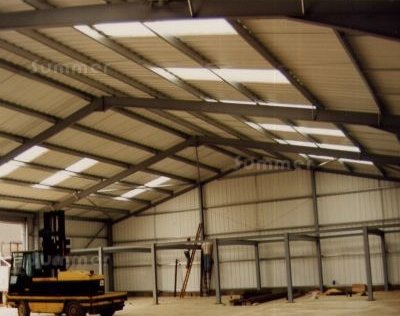 1988: The picture below shows the show centre when it was new. The site was less developed with fewer buildings on display. With plenty of space, an extensive range of garden furniture is displayed outside the conservatories. 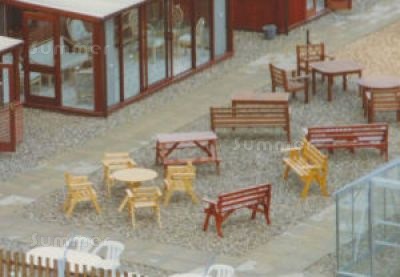 1989: The picture below shows the show centre a year later. Two lean to conservatories have been added at the front of the show centre. As a result, there is less space for the garden furniture displays. At this time there were 35 buildings on display. 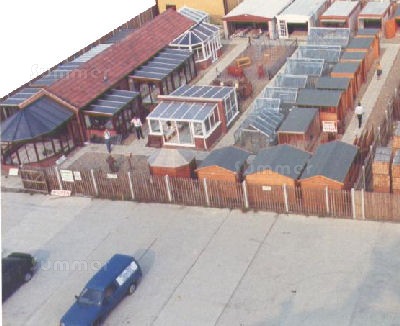 1990: The picture below shows the fully developed show centre. The two lean to conservatories were replaced with more elaborate Victorian and Edwardian designs to reflect a change in buying trends. In addition, two larger and even more elaborate valley roof conservatories were added at the rear of the show centre, with a B-shape and a P-shape conservatory on dispay. A large summerhouse with verandah was also built near the show centre entrance. With many extra sheds and greenhouses squeezed in the fully developed show centre featured 50 display buildings. 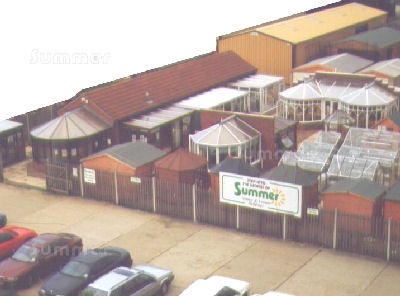 The image below shows an internal view of a display conservatory in 1993. It shows how the display conservatories were fully finished with roof blinds, vertical blinds, tiled floors, cane furniture and ceiling fans - all of which were available as optional accessories. Many conservatory customers were attracted by this all inclusive one stop shopping experience. 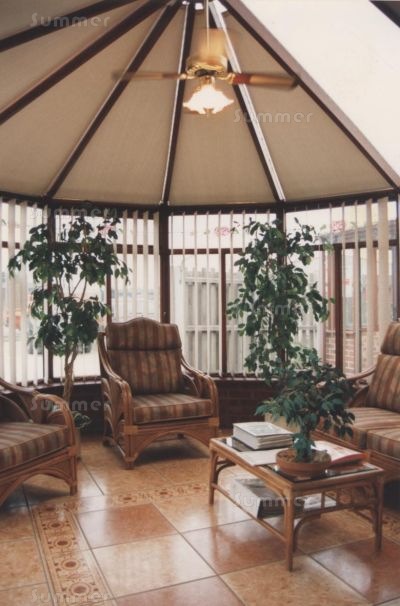 Even back in the eighties and nineties, before any garden centre show sites were opened, each building was neatly presented with detailed posters listing the features and prices. The images below show sheds, greenhouses, summerhouses and playhouses on display. 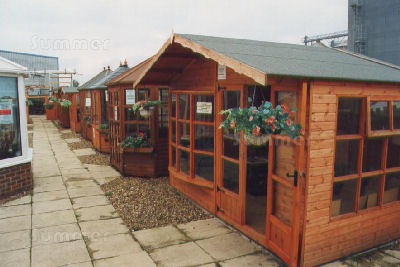 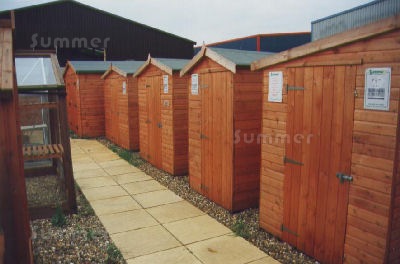 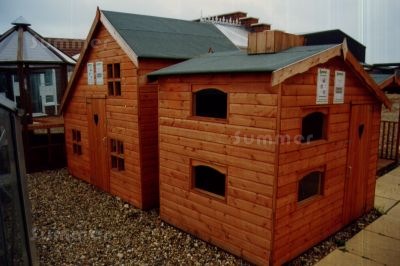 The pictures below show external views of some of the display conservatories in 1993: 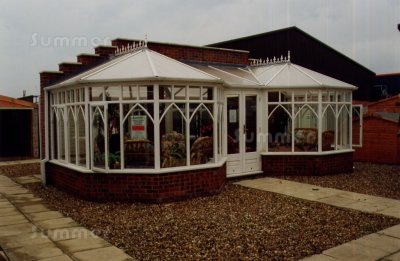 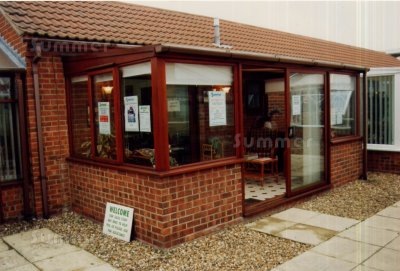 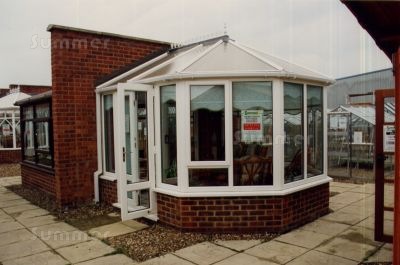